Duke Of Edinburgh Award Origins Revealed in The Crown 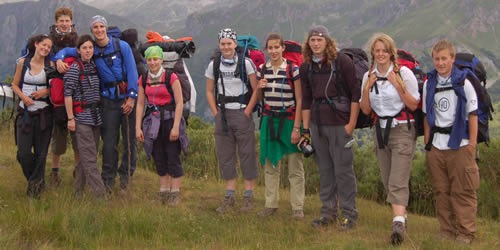 People who are looking for the best adventure activities Derbyshire has to offer for their Duke of Edinburgh (DoE) award should be interested to learn how the award originated.

Luckily, all has been revealed in a recent episode of The Crown on Netflix. The series, which is thought to be one of the most watched series ever produced by the online streaming service, focuses on the history of the royal family, from Queen Elizabeth’s marriage in 1947.

One of the episodes in the second series, focuses on Prince Phillip’s education at Gordonstoun, and it’s influence on his later decision to introduce the Duke of Edinburgh award to young people across the UK.

The school runs an annual challenge which takes place over many miles of the local Scottish terrain, and the concept is supposed to reflect the school’s moto ‘Plus est en Vous’ – ‘There is more in you than you think’.

It takes place in teams and is designed to challenge pupils involved emotionally and physically in order to contribute to their personal development. This is as it is believed that pushing yourself out of your personal comfort zone is supposed to make you more resilient.

Originally introduced in 1956 it was first opened to boys aged 15 to 18, and then eventually to girls a year later. It was designed to introduce people without a Gordonstoun or even Public School background to the opportunity to try something new. It is now focused on volunteering, physical challenges and development and expedition.